2021-2022 A Year of Growth and Success for Osceola Athletics

The 2021-2022 school year was another successful year for the Osceola Bulldogs athletic teams at the District and State levels.  Osceola Girls and Boys teams were able to bring home numerous pieces of hardware.  I would like to take just a moment and summarize a few of the accomplishments our teams were able to obtain.

First, starting with the Fall seasons, both the Polk County Slammers softball team and the Bulldogs football team were able to compete for a district championship.  The slammers ended up Runner-Up after falling to the eventual State Champions, Bishop Neumann.  The football team finished as District Champions and qualified, once again, for the State Football Playoffs where they fell in the Quarterfinals to the eventual State Runners-Up, Sandhills-Thedford.

The Winter seasons followed along the same lines as the Fall.  The boys and girls basketball teams both hosted their Subdistrict tournaments and qualified for District play.  The girls won their Subdistrict giving them the opportunity to compete against the eventual State Champions, Falls City Sacred Heart, and finished as District Runner-up.  The boys basketball team knocked off Bruning-Davenport/Shickley in the District Finals to repeat as District Champions, once again qualifying them for the State Tournament.  The boys then defeated Wynot in the first round game before falling to O'Neill St. Mary's in the Semifinals and then again to Falls City Sacred Heart to finish the season in 4th place.  The Dazzlers Cheer and Dance team also added to the trophy case bringing home a State Championship for the second year in a row.  This time it was in Class C2/D Sideline with Tumbling, following up their 2020 State Championship in the Class D High Kick event.

This past Spring showed, once again, the competitive nature of our student-athletes.  The boys were District Champions while the girls earned hardware as the District Runner-up.  Numerous athletes from both teams qualified for the State Track and Field event in Omaha.  At the State Track meet, Isaiah Zelasney won 3 individual gold medals for the second consecutive year and anchored the State Champion 1600 M relay team of Xavier Blackburn, Alexx Winkelman, Ryan Pheak, and Isaiah Zelasney.  The boys finished as State Runner-up.  The girls had athletes place in numerous events with the 400M relay team of Janna Roberts, Savanah Boden, Fayth Winkelman, and Rori Wieseman taking home a gold medal and a new school record.  The girls team finished the State Track Meet in 4th place.

Congratulations to all of the student athletes that competed and contributed to the success of your teams throughout the 2021-2022 school year.  It was a blast to watch all of you grow, improve, and compete over this past year.  We look forward to seeing your programs continue to develop and build as part of the culture of Osceola Public Schools. 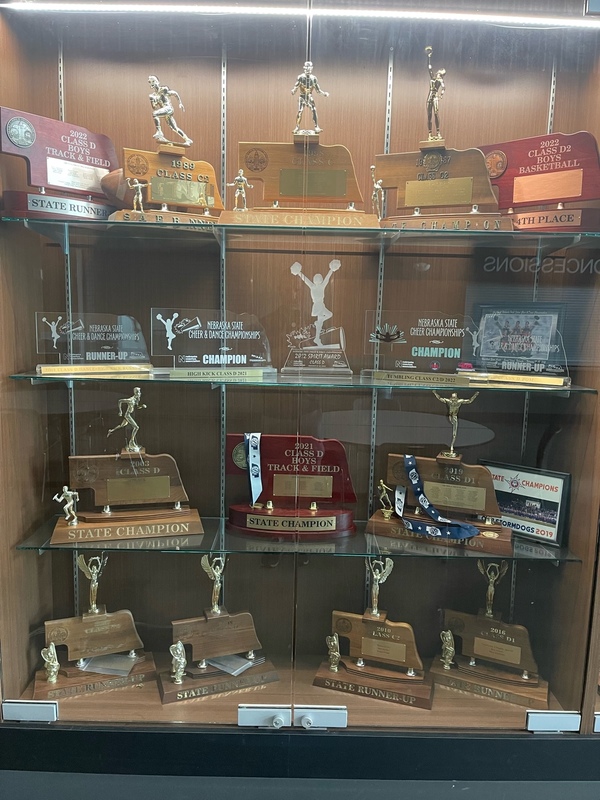 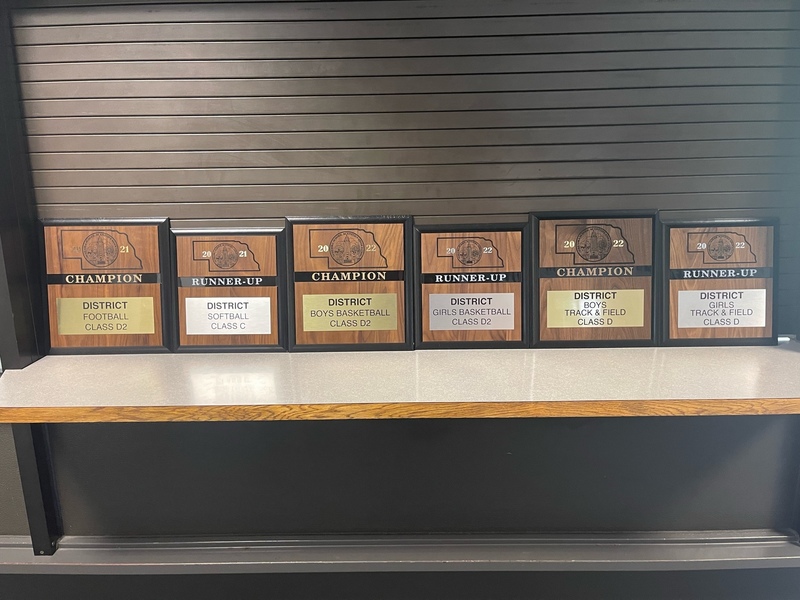