CRC Basketball Tournament Update 1/29/2021:  The final round of CRC Basketball will be played on Saturday night, January 30th, in Shelby.  The Finals games between (4) Meridian and (2) Cross County Girls will be at 6pm, followed by (4) BDS and (2) Osceola Boys at 7:30pm.  The Championship games will be on Striv at https://striv.tv/crc/

In the Consolation matchups at Osceola, (3) BDS will play (1) Exeter-Milligan on the Girls side at 6pm, while (3) McCool Junction plays (1) Cross County on the Boys side.  Consolation games will be on https://striv.tv/channel/osceola/

Osceola Boys will play at Shelby on Saturday, January 30th, at 7:30pm against BDS. 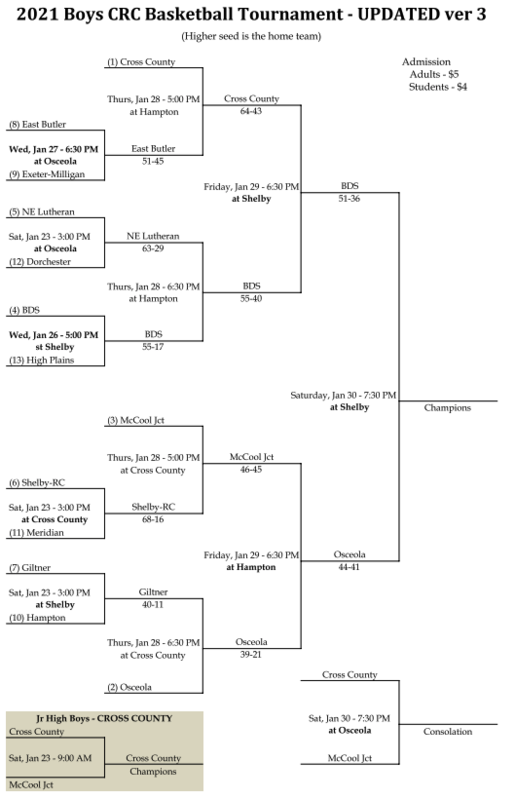 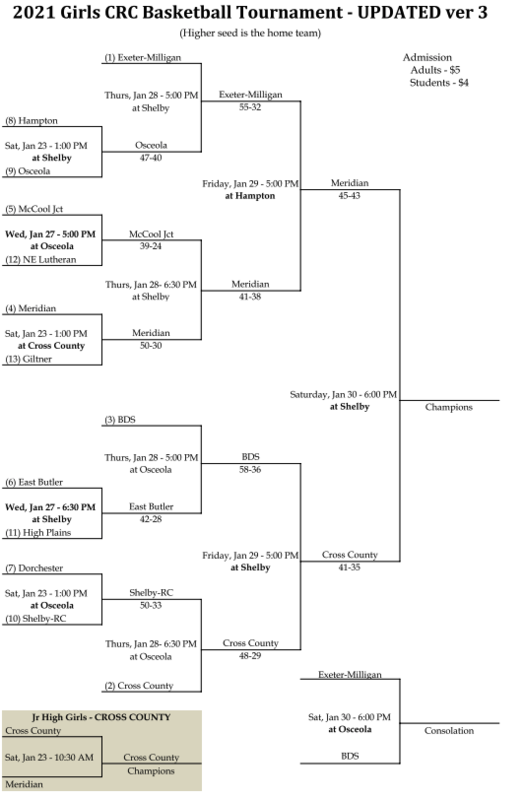 CRC Basketball Tournament Update 1/28/2021:  Semifinal basketball games will be played at Shelby and Hampton at 5pm and 6:30pm.

Osceola Boys will play at Hampton on Friday, January 29th at 6:30pm against McCool Junction

For anyone wanting to watch both, you only have to pay at one location.  The other location will let you in to watch the second game.